A YouTube trend has resurfaced and is putting children in danger as they receive burns from doing the “hot water challenge.”
The challenge dares individuals to either pour boiling water on themselves or sip it through a straw. Global News reports that children have been rushed to the hospital as a consequence of doing this YouTube challenge.

The hot water challenge first appeared on YouTube in 2014 right after the popular ice bucket challenge. 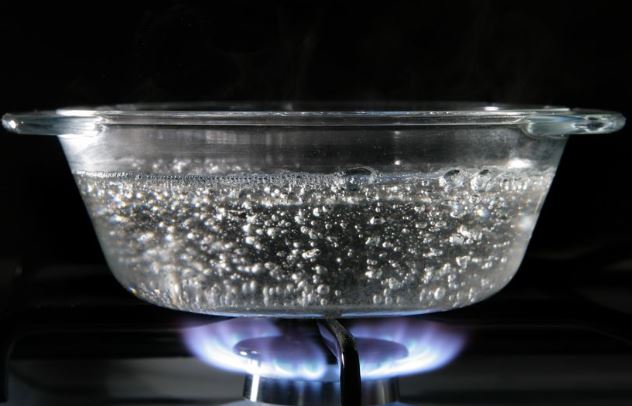 The hot version of the challenge resurfaced this year and claimed the life of an eight-year-old girl from Florida, when she was dared to drink boiling water through a straw by her cousin, says the report. The girl’s mother stated that the idea came from a YouTube video which the children saw.
Another recent incident reported was that of 11-year-old girl Jamoneisha Merritt, who was doused with boiling water while she slept. She had been spending the night at a friend’s house for a sleepover in the Bronx, New York. What was meant to be a prank left her with severe burns on her face and neck.

The victims parents asked adults to be responsible for their children and make sure they don’t copy dangerous challenges seen on social media. Source

Mother Of 3 Children Thought That She Met Ideal Husband.
You Can Use Toothpaste To Remove Water Stains
Through Which Tap The Water Will Flow Faster?

This pigeon carrying drugs was caught by police

Can You Solve This One?

SUPER CHINESE TRICK - simple way to make a delicious rice dish. You need is a tomato!